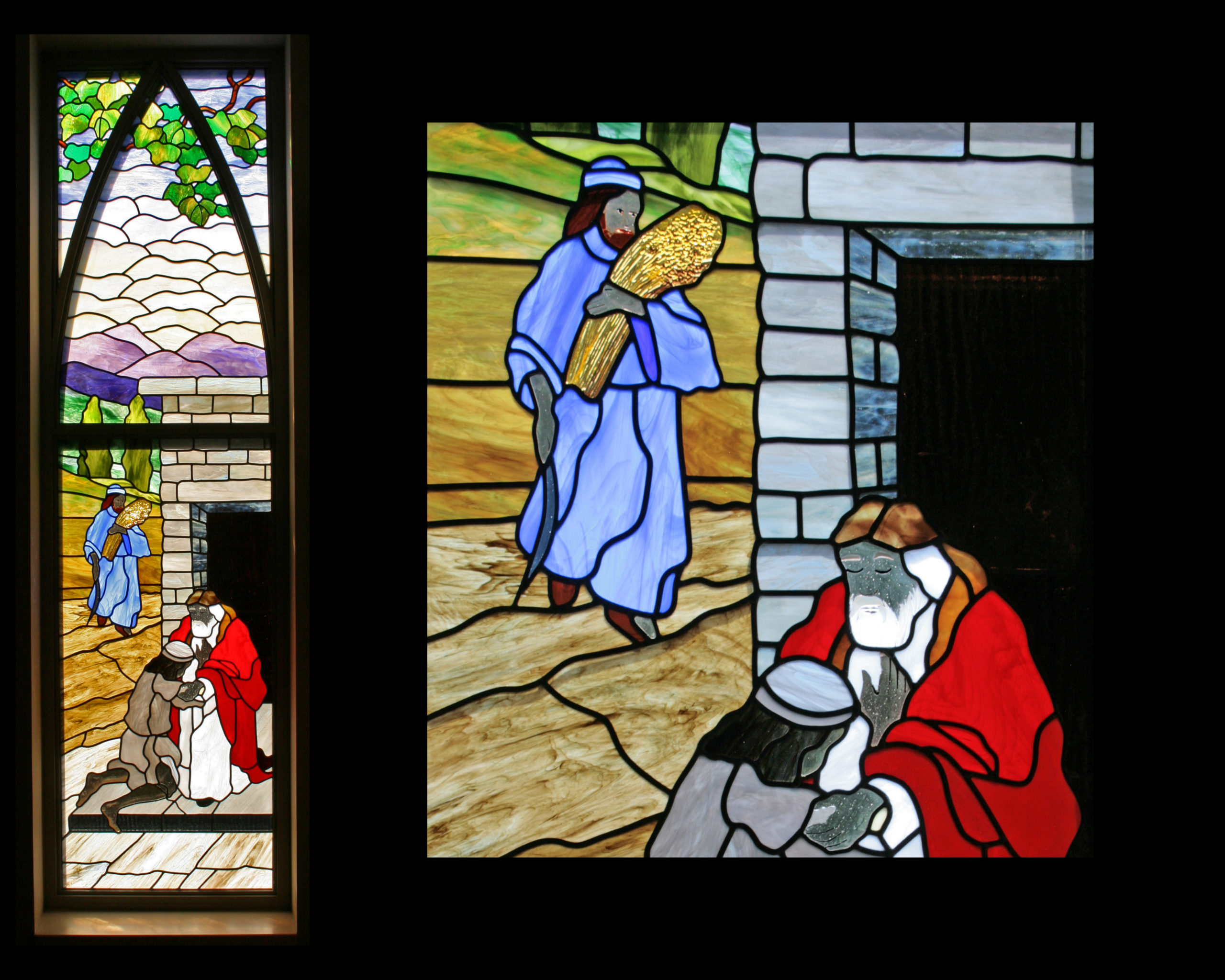 Most Parishioners know the basic story of the prodigal son, found in Luke’s gospel. Might a better title for this parable be “the prodigals, father and sons”?
The first definition of the English word “prodigal” is “profuse or wasteful expenditure”. The younger son, who asks for his inheritance arrogantly and leaves his father and brother to spend every penny on riotous living, most certainly is prodigal. But so is his older brother, who wastes himself bitterly trying to earn his father’s love, and when the love is always there for the asking.
But a prodigal father? The second definition of the word is “lavish, luxuriant”. It describes the father’s love and mercy for both his sons. Did the hearers of this parable get the message captured in the fourth window? Do we?