Reconciliation, a bronze sculpture depicting the Parable of the Prodigal Son, was commissioned by Duke Divinity School. The sculpture depicts all three characters in the story in Luke 15: the Prodigal Son, ragged and barefoot, clinging to his father for forgiveness; the Older Brother, rigid and angry, turning away from his brother and father; and the Father, stooped and frail, embracing the younger son while reaching out to the older, constituting in his person the the bridge between the two. The sculpture embodies the work of Duke Divinity School's Center for Reconciliation. 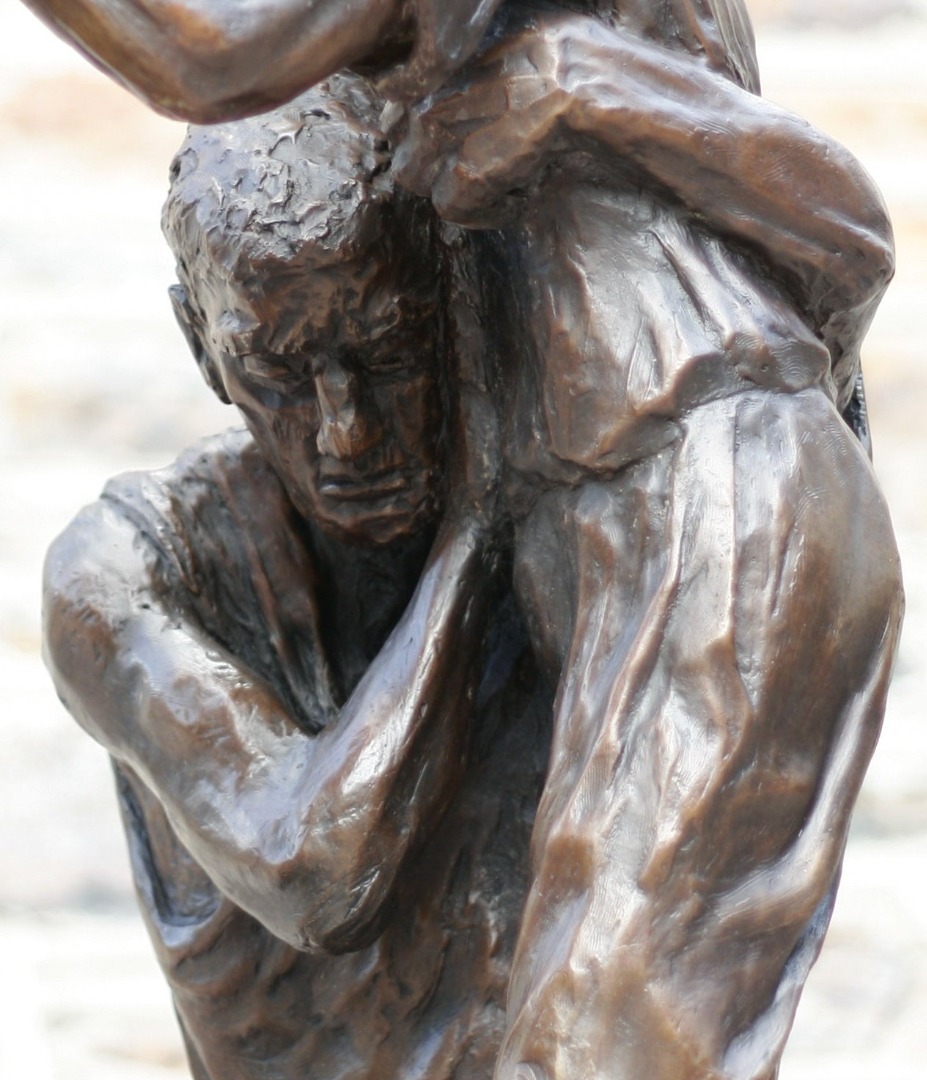 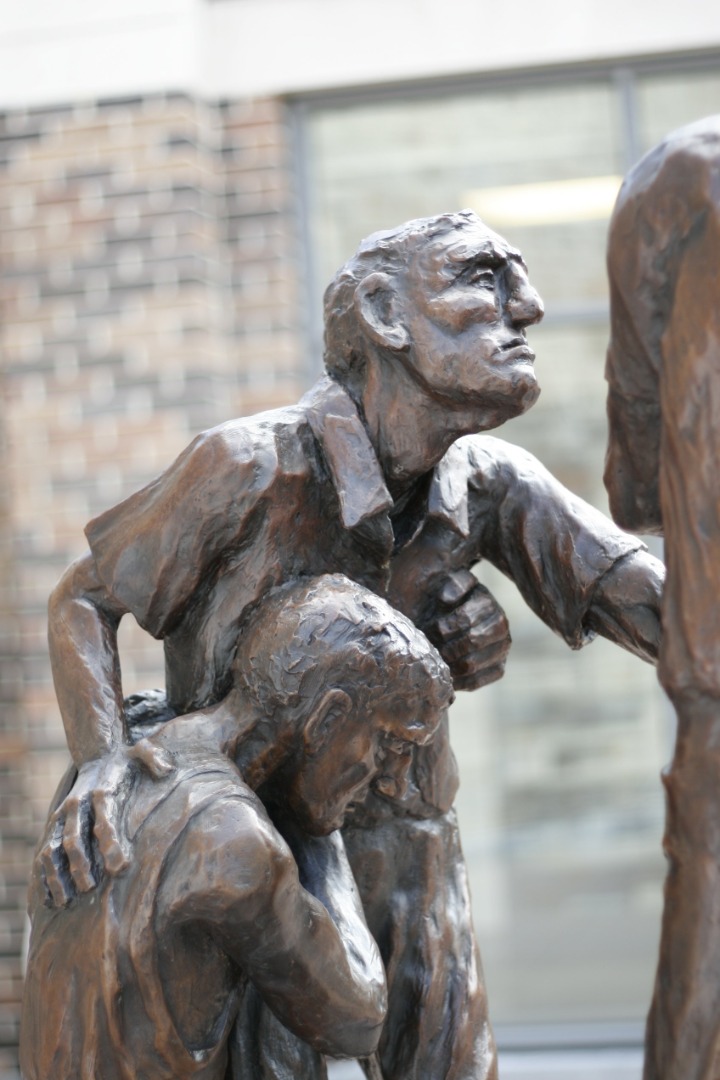 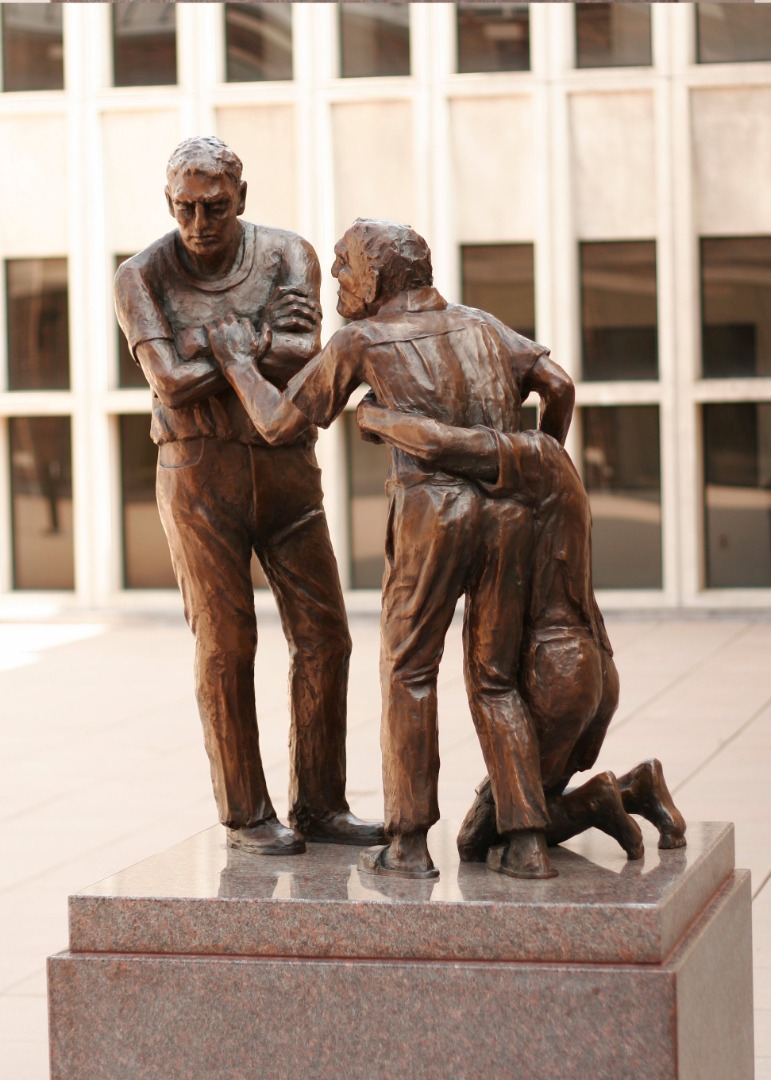