In the twenty-five years since its founding, St. Joseph Korean Catholic Church has continued to grow, just as the number of Korean American Catholic Communities has been increasing steadily since 1969. Their worship space had a maximum seating capacity of less than three hundred, which was well under the current and future needs of the parish. Although a new site had been previously considered, the focus later turned to their existing site and how to meet the needs of the parish on this site.

The Worship Space was designed to comfortably seat a total of 497 people—373 in pews, 128 in chairs and 6 wheelchair spaces. There is also space for an additional 65 chairs around the perimeter of the space for a total seating capacity of 562. The area for the Music Ministry is completely flexible, allowing for the wide variety of music styles used by the parish.
The interior features stained glass windows salvaged from a closed church in Jersey City and integrated into the new building design. Special glazing at the clerestory level allows a great deal of natural light without creating glare. 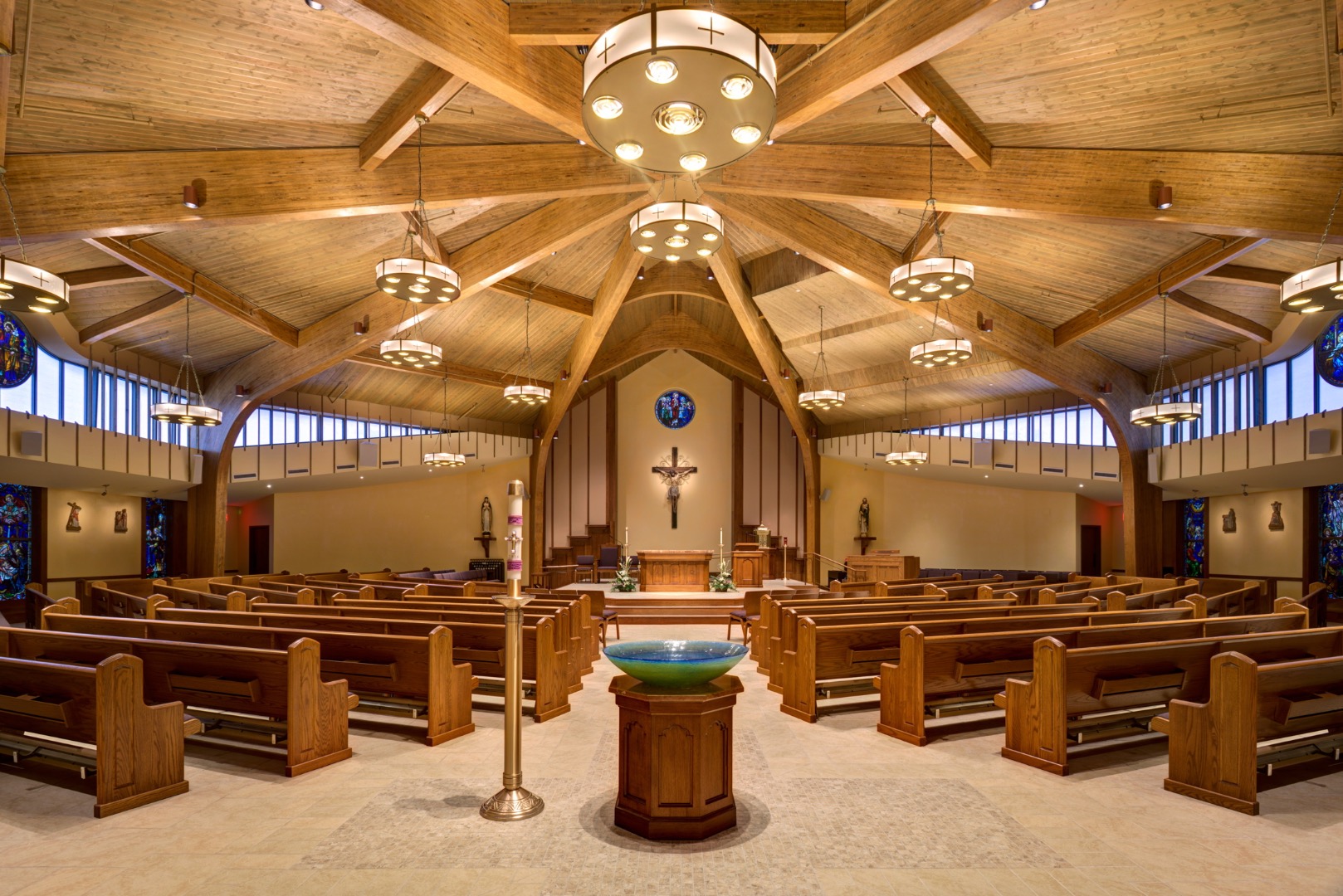