Our Lady of the Holy Souls

Our Lady of the Holy Souls

After decades of discussion and surveys OLHS launched a renovation project in 1999. The core architecture of the 1970 church was good, but most found the cavernous interior to be too dark and the thick dall glass to be dated and outmoded. The heaviness of the interior was further emphasized by the massive, 3.5'x8'x4' travertine altar. Parishioners also found the sanctuary backdrop or two large circles painted on fabric to be symbolically incomprehensible (the backdrop was originally intended to be temporary, but remained for almost 30 years).

Architect Greg Peckham was retained to oversee the development and execution of the renovation. GRHoelzeman Studios collaborated closely with the architect to design a coherent and unified design which was very well received by the community.

Liturgical artist George R Hoelzeman designed and created the altar, ambo, presider's chair and crucifix for the reconstructed sanctuary based on Arts and Crafts concepts blended with Art nouveau elements. These elements are reflected in the reredos screen and the tapestry designed and woven by Ulrika Leander. Gables were added to the roof and filled with Glassworks by Maureen Mcguire.

GRHoelzeman Studios received a BENE for the altar in 2001. Its mensa is a piece of travertine cut from the original altar. 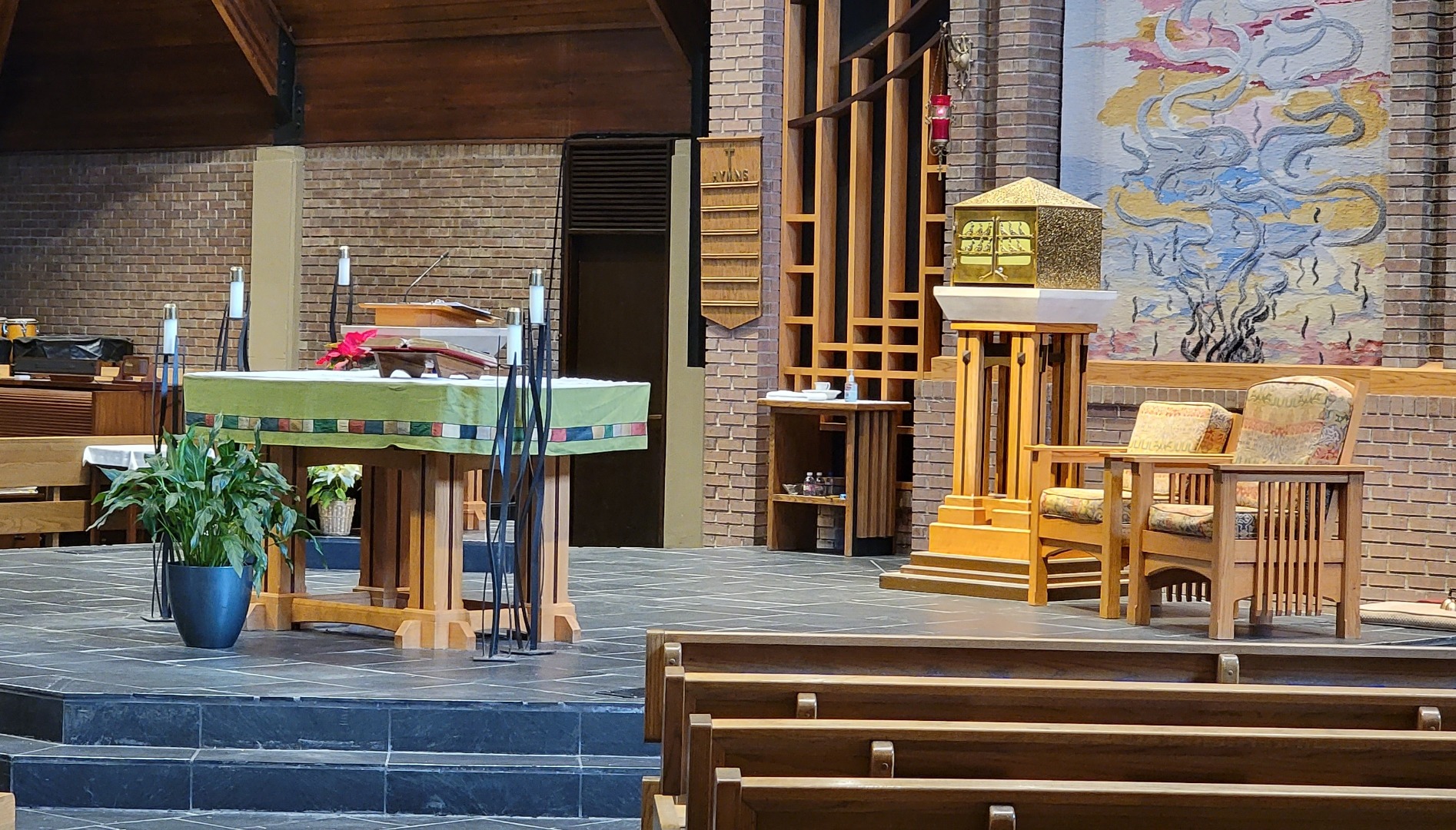 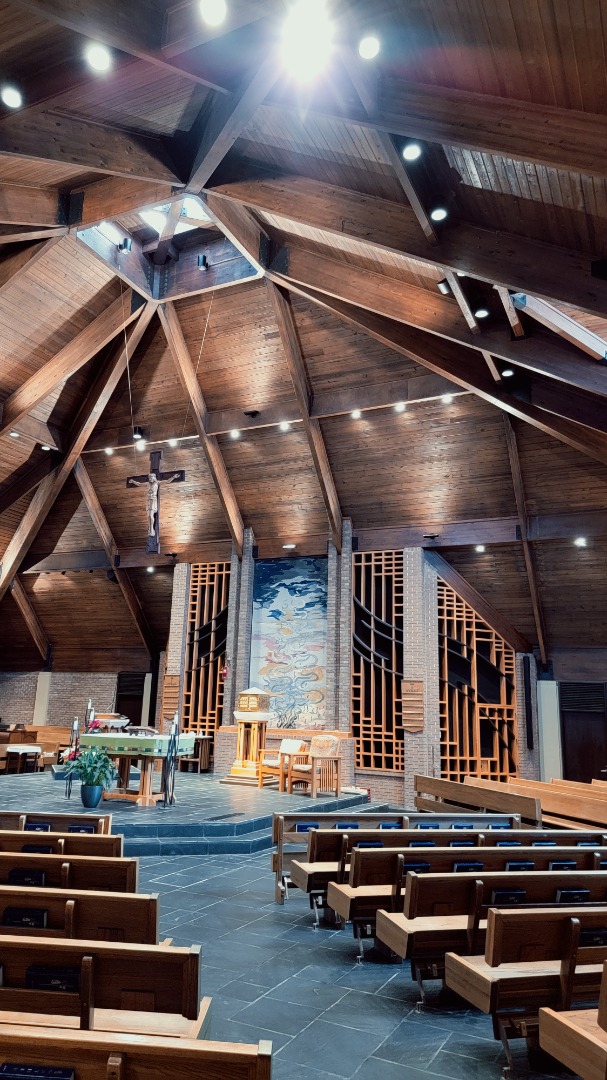