Mary as Prophet – “He has filled the hungry with good things…”

Mary as Prophet - "He has filled the hungry with good things..."

Mary as Prophet, winner of the 2016 Faith & Form Honor Award in Religious Arts, was commissioned by Virginia Theological Seminary and is sited on a small terrace just outside the walls of the seminary's 1881 chapel (preserved as a sanctified space after a 2010 fire) and within view of the 2015 chapel. The sculpture depicts the Visitation (Luke 1:39-56), when Mary goes to visit her older cousin, Elizabeth, and sings the Magnificat (prophetic words that echo Hannah's song in 1Samuel 2:1-10): "He has scattered the proud…cast down the mighty…lifted up the lowly…" The figures are a significant presence on this campus, an axis linking old and new: old chapel and new; old age and youth; Christian Old Testament and New. Depicted as African women, Mary and Elizabeth embody the Seminary's ties with churches in Africa and reflect the composition of the Anglican Communion. And this depiction of Mary and Elizabeth as ordinary (rather than idealized) women, reminds viewers of the church's call to "lift up the lowly." This interpretation of the Visitation – Mary as Prophet – is without precedent in the visual arts; previous depictions show the scene as a tender, intimate exchange between two women. This new reading reflects the prophetic strain still vital in African-American preaching. And it echoes the prophetic mission of both church and seminary: to "fill the hungry with good things." 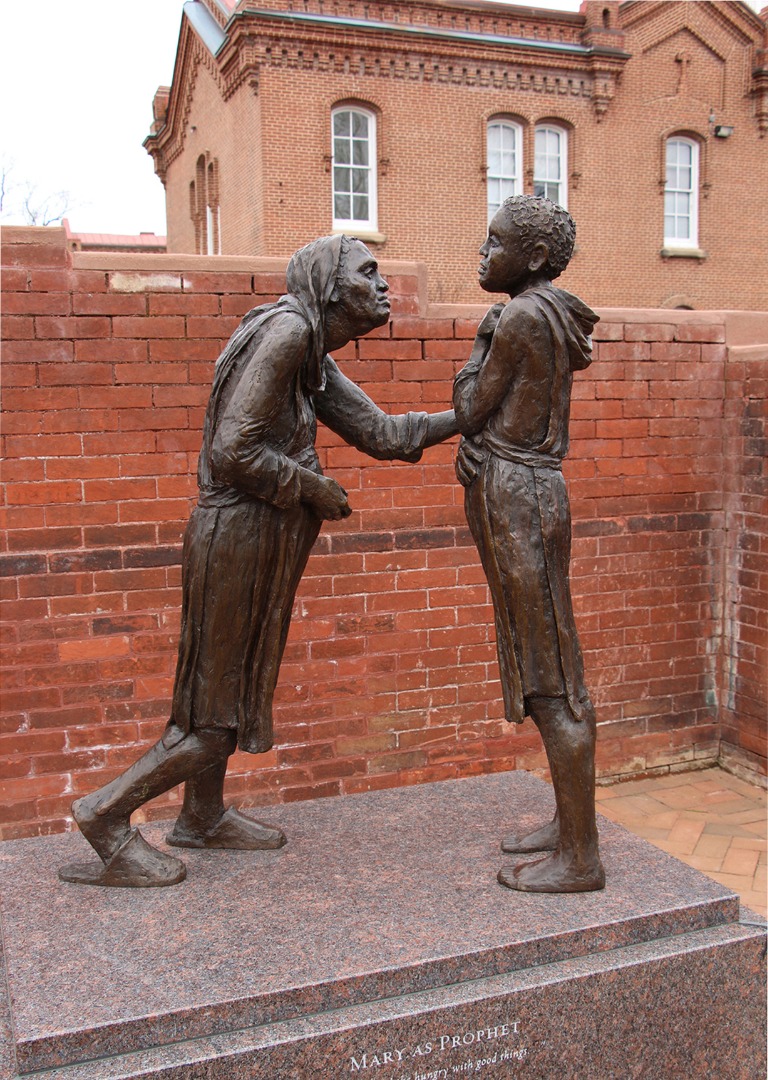 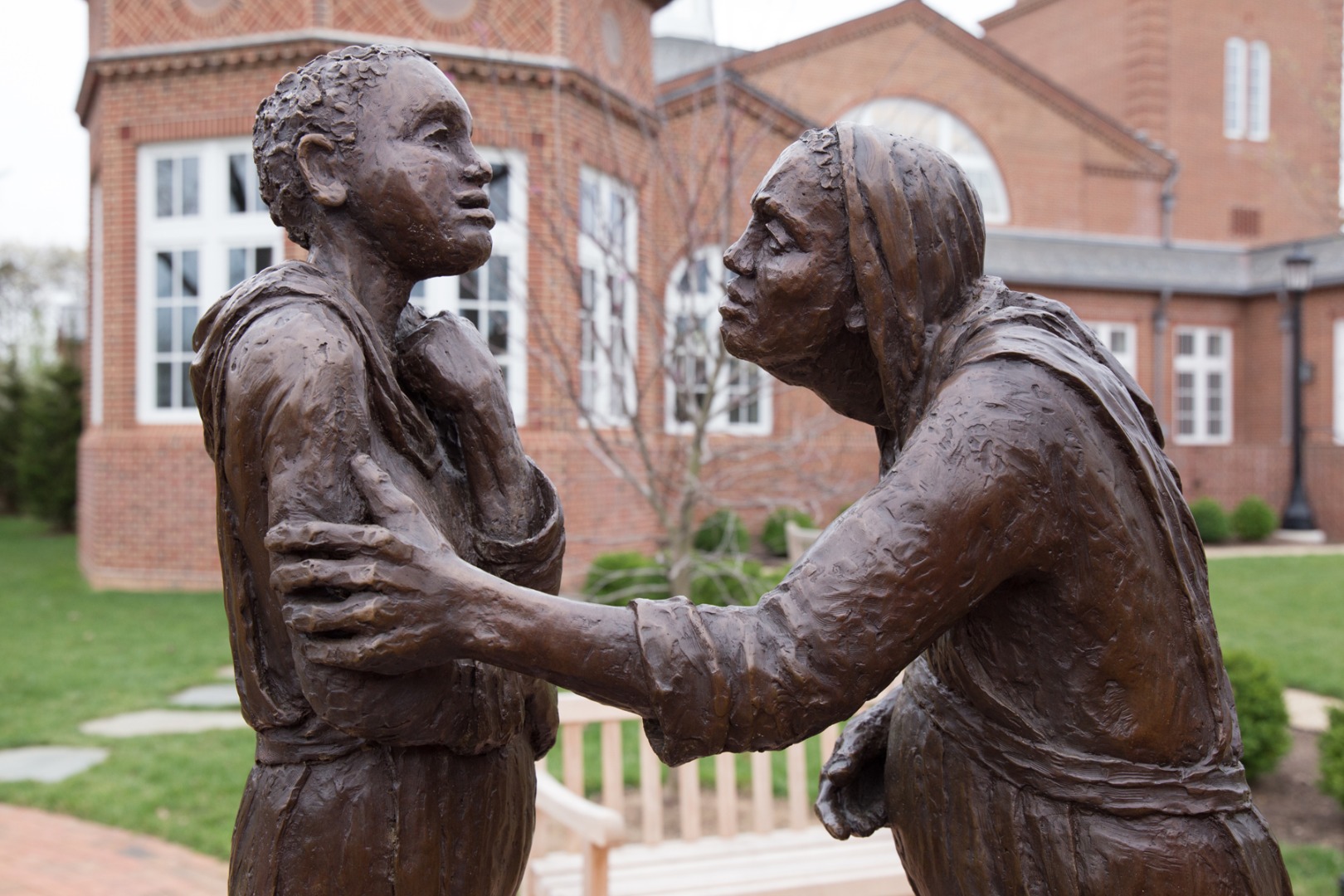 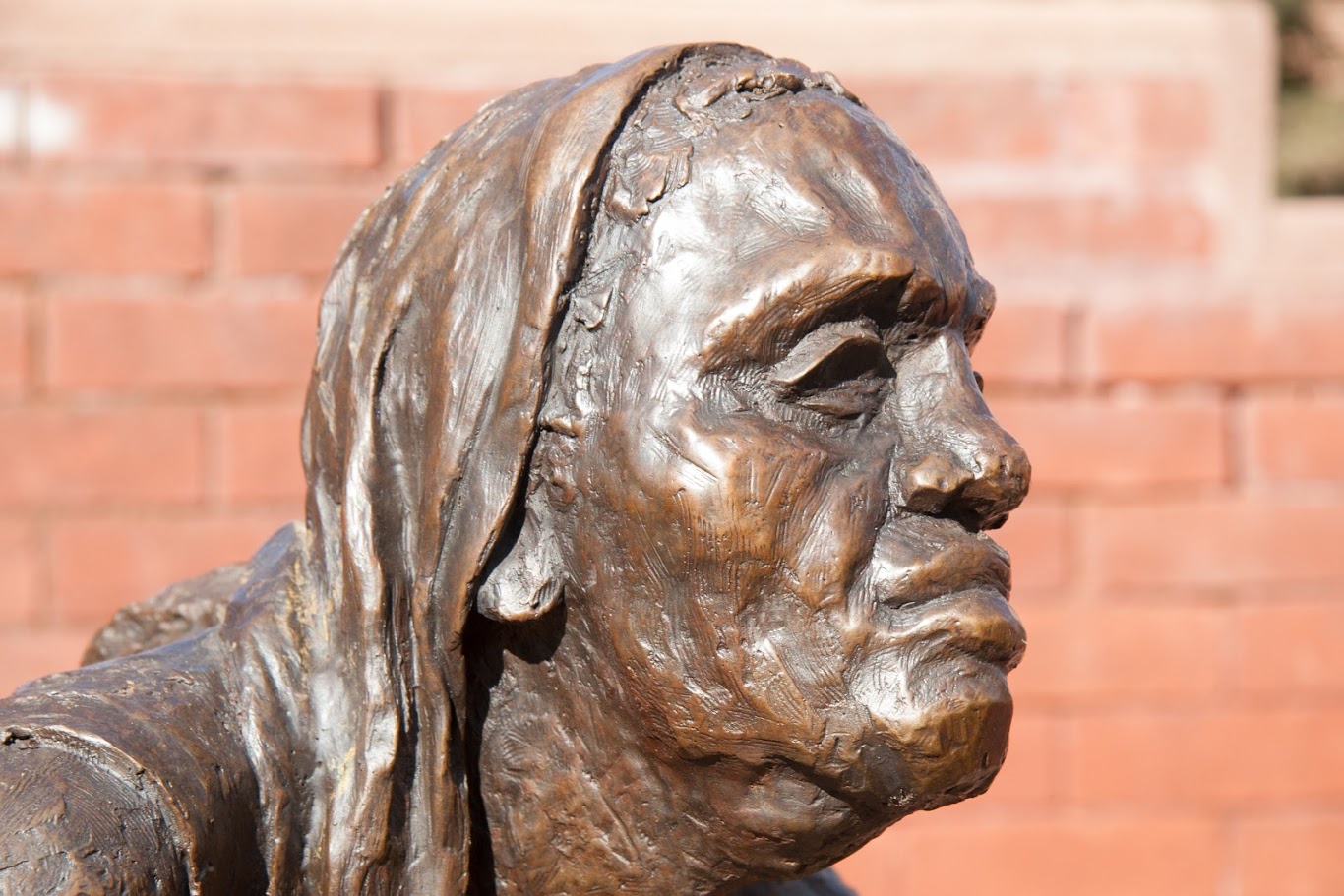