I remember expressing to that first committee that I felt prepared to tackle the image of Christ, but that would not have been true even a few years earlier. I had been sculpting full-time for twenty-six years at that point, but the responsibility seemed daunting. When I came up with the image of the Risen Christ floating before the cross, it opened a door into the project that seemed to reveal the path forward. Christ, not bound by the earth or the laws of nature, suspended in time and space, could represent the totality of the Passion. Arms outstretched, He surrenders to God’s will in the garden. Arms outstretched He hangs upon the cross. Arms outstretched, He rises into heaven. Arms outstretched, He forgives our sins and welcomes us into heaven. Jay Hall Carpenter, Sculptor
John Buscemi, Liturgical Designer
Christine Reinhard, Liturgical Designer Various locations, DC, MD, MI, MN, NC, IL, IA, OR, SC, VA 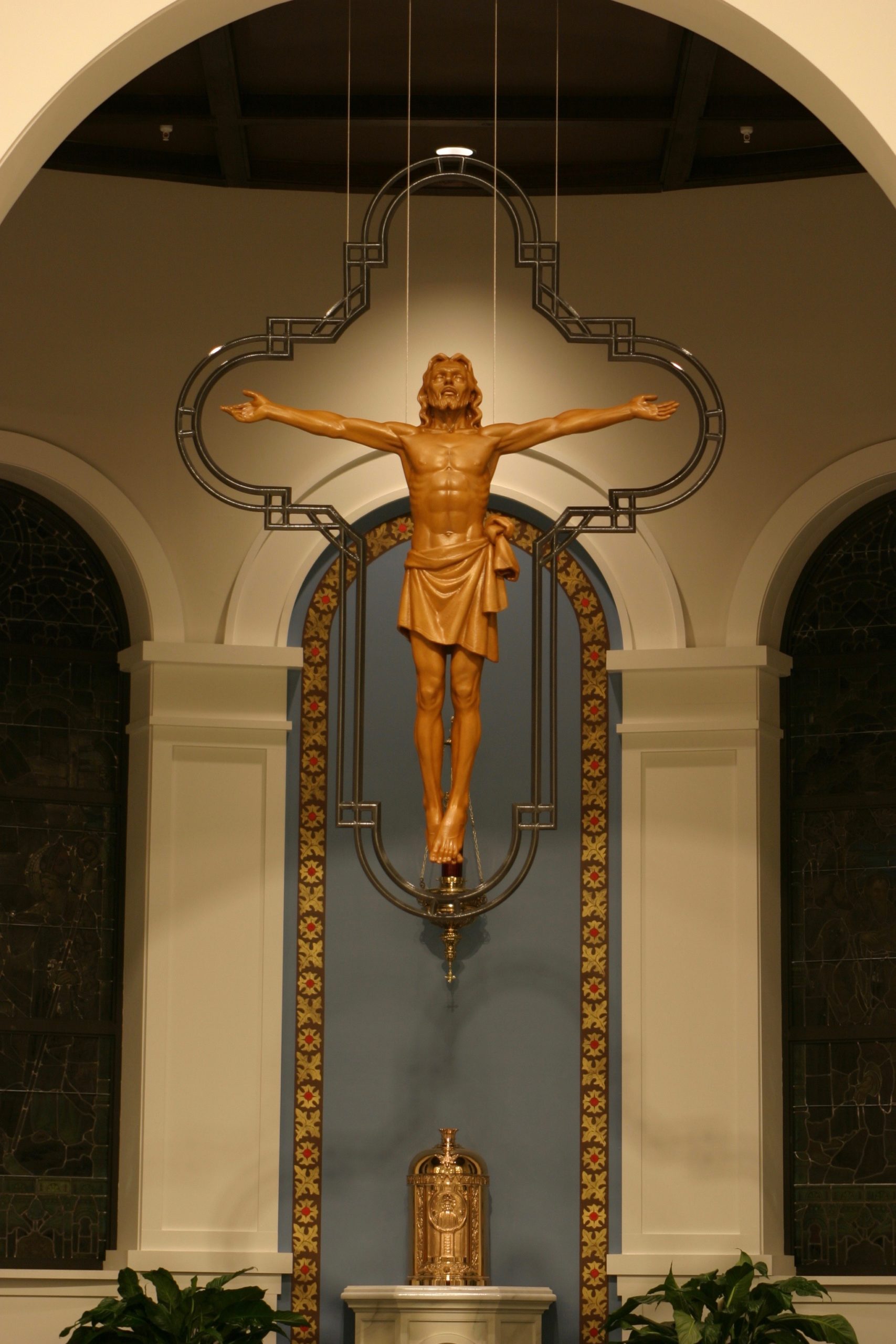 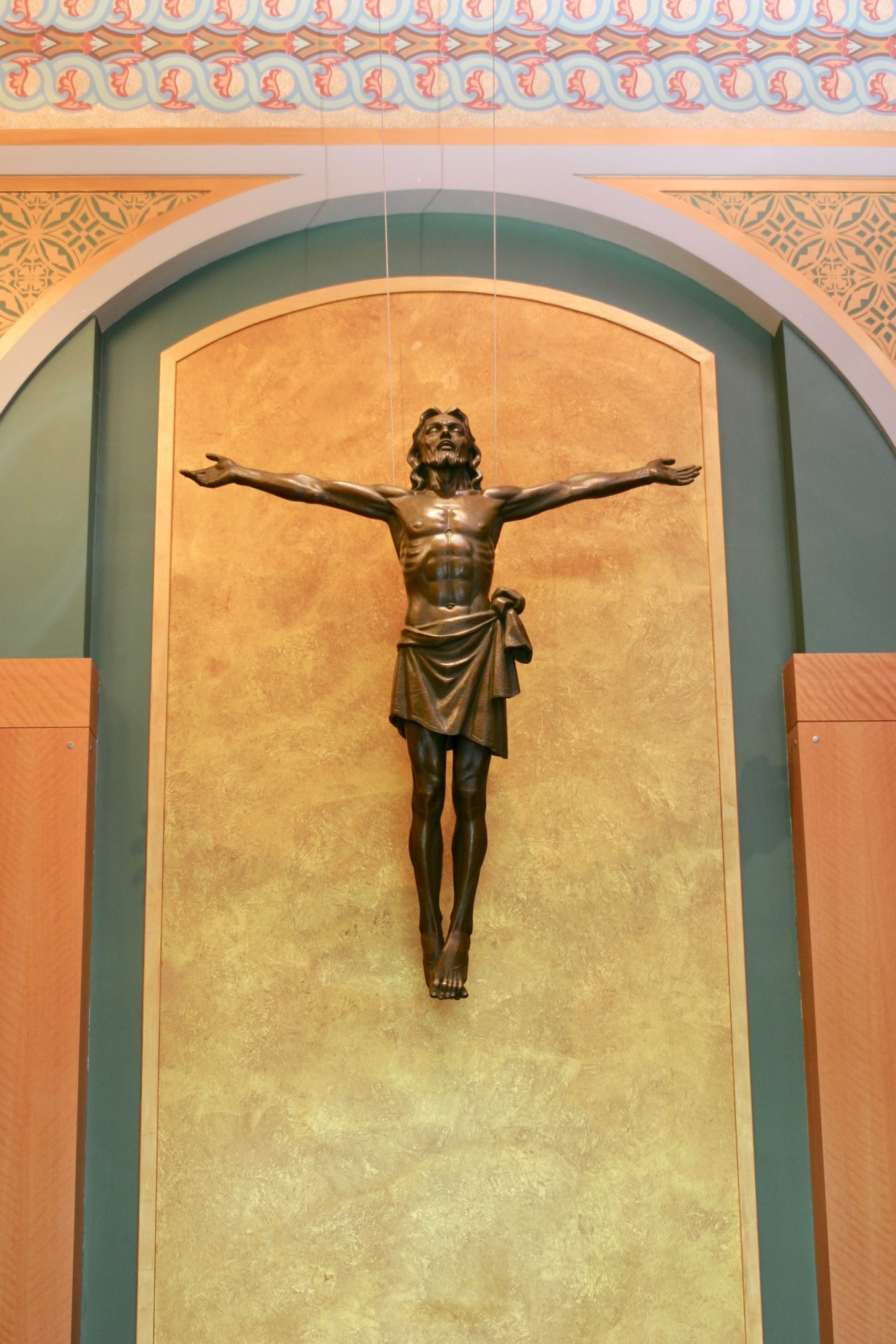 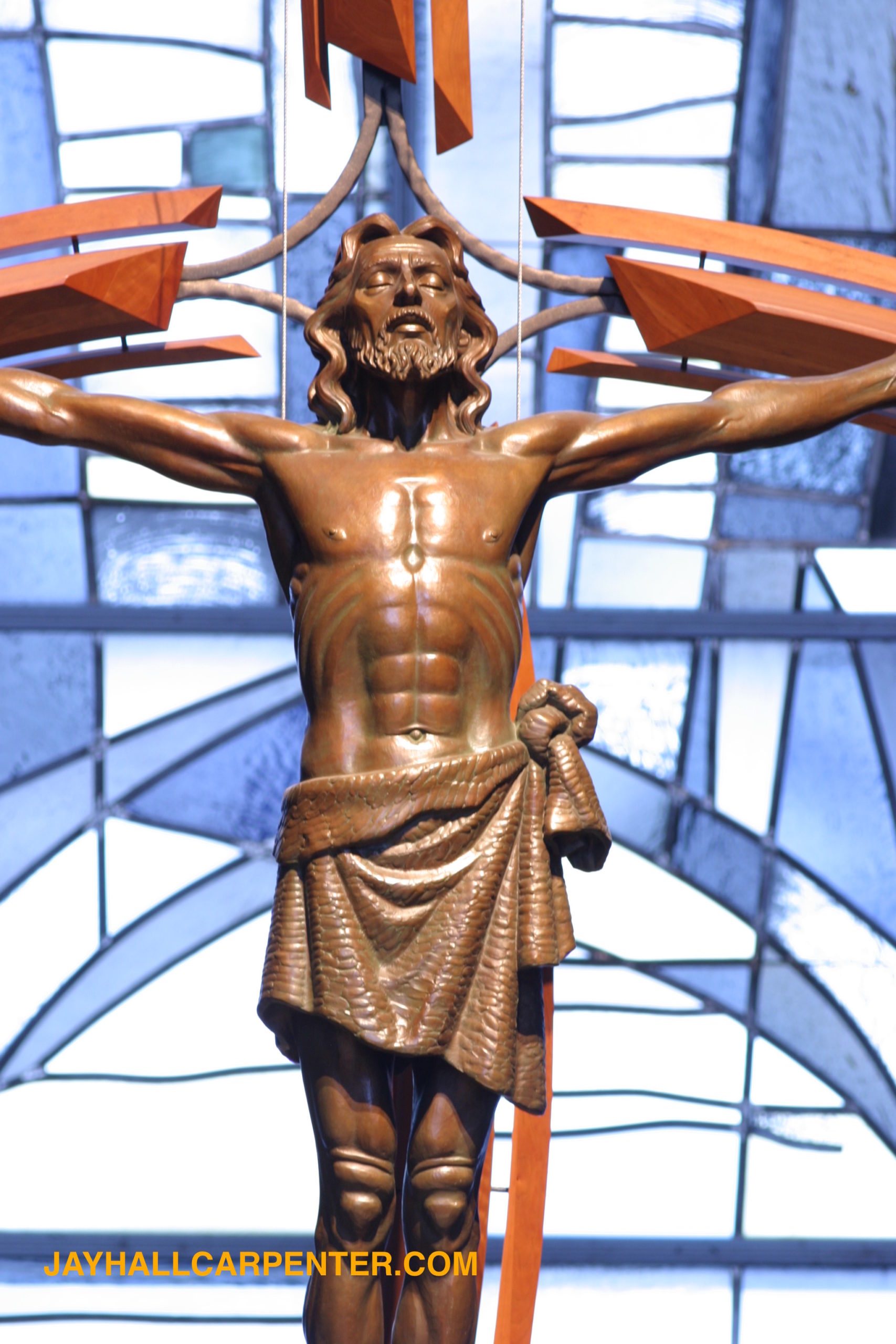